It has been a very busy month for XR Southend! July was the most active month to date for us as a local group, with a number of demonstrations taking place, as well as social events and a stall at Southend Pride. As we take a couple of weeks to reflect and recharge, we are feeling inspired and encouraged by the positive reaction to our work throughout the community, and the number of new members we have on board as a result.

Our month of action started in London, with a demonstration outside the offices of ITN (the company responsible for ITV and Channel 4 news) on July 8th as part of our ‘Media Tell the Truth’ campaign. This was a massive success, resulting in ITN’s Director of Communications reaching out to our very own Jonathan Fuller, who has spearheaded the campaign, to discuss their coverage of the climate emergency going forward. 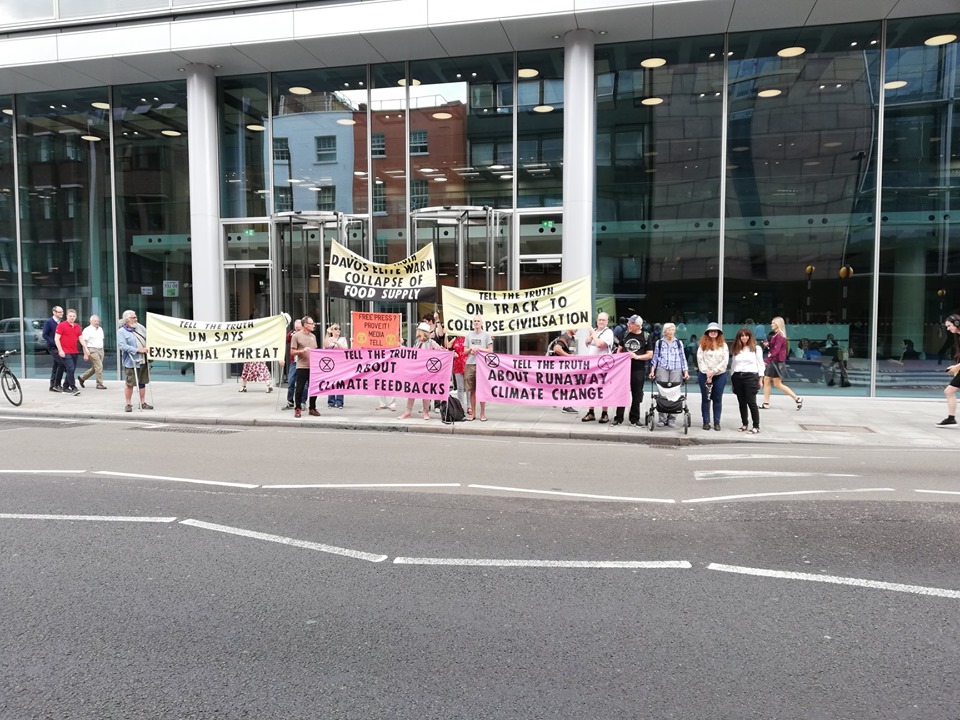 On July 18th, we held a large and noisy gathering outside the Civic Centre in Southend, where the motion to ‘Declare a climate emergency’ was proposed to the Council. This was an important action which made it clear to the Council that we have serious and grave concerns, and need them to act now. Over 50% of local authorities have now declared a Climate Emergency, and we hope Southend will follow suit.

This demonstration followed an XR Southend email campaign which started in March, as well as face to face meetings with Councillors. As part of our work, we have managed to get the initial proposed date of 2050 in the motion brought forward to 2030. Another show of support will be needed when the motion is debated in September, so watch this space. 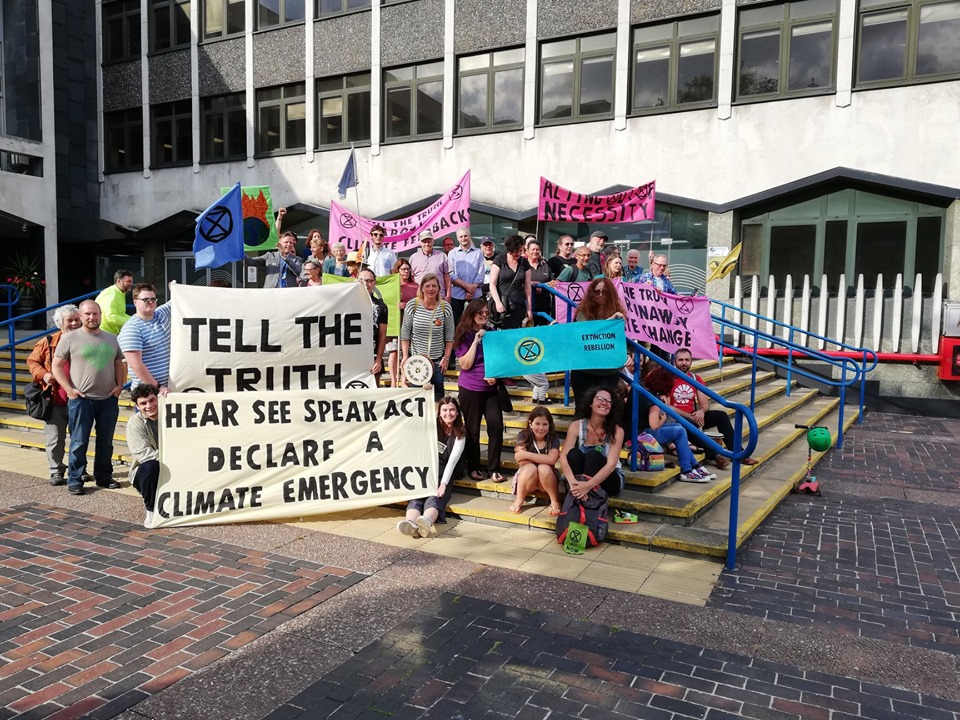 The fun continued on July 20th, when we had a stall at Southend Pride. This was an absolutely fantastic community event, and we had lots of interest in XR Southend throughout the day. We’d also like to extend a warm welcome to all of our new mailing list subscribers who signed up at our stall – it’s great to have you on board!

If all that wasn’t enough, we finished off the month in style on July 27th with a ‘Die-In’ at Barclays bank on the High Street. Barclays invests billions of pounds each year in the fossil fuel industry, and we called on people to switch to a more ethical bank. This was a peaceful action which was generally very well received by members of the public. Several of us ‘died’ inside the bank, while many more held a demonstration outside with banners, chants and music. This was followed by a march down the high street, and we continued to hand out well-received leaflets to passers by. 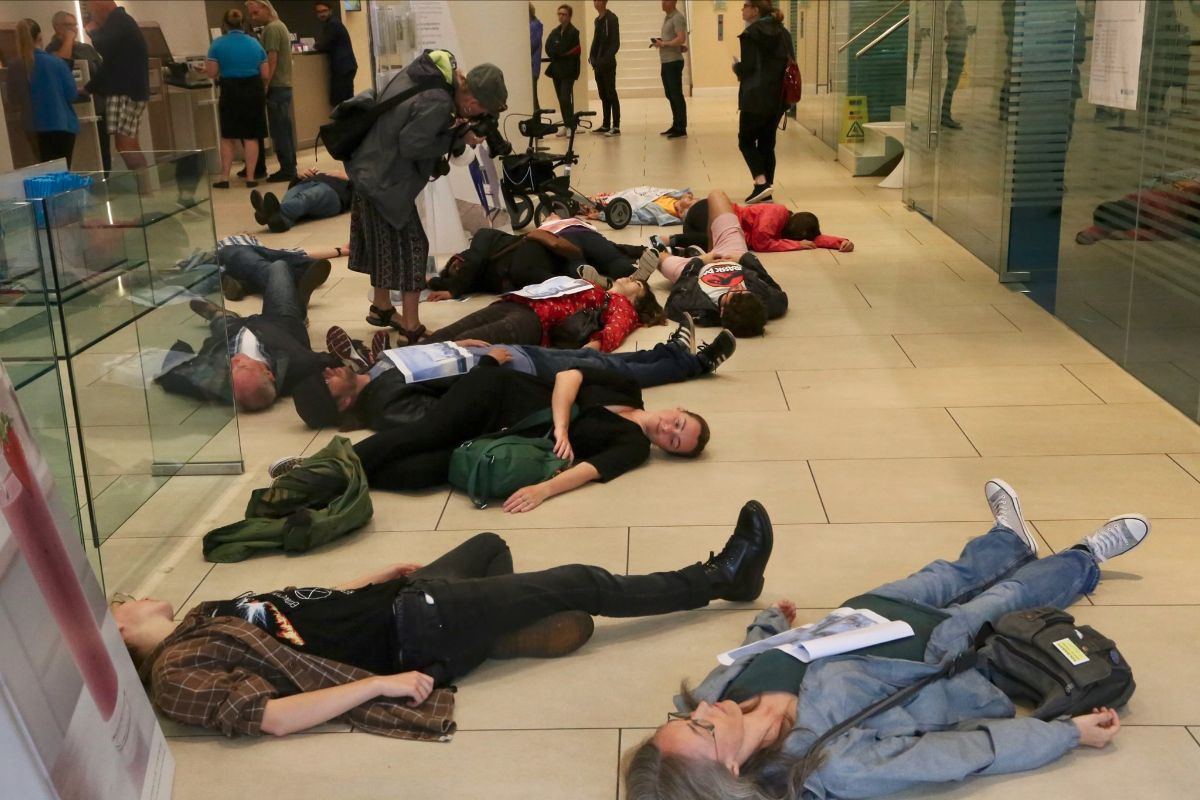 The XR Southend coordinating team would like to say a massive thank you to all those who attended our events over the past month. Without your hard work and commitment, these impactful actions wouldn’t happen. Thank you also to those who have supported us in some other way, whether that be a click of a mouse or telling a friend about Extinction Rebellion. You are all playing a part, and collectively we are helping to start putting the Climate Emergency at the top of the agenda, both locally and on a larger scale.

We are rising up.

We will be heard.